← What is it with these guys?
Here is a list of the Democrats with no balls. →

Repubs debate part deux- "We ought to double Gitmo" 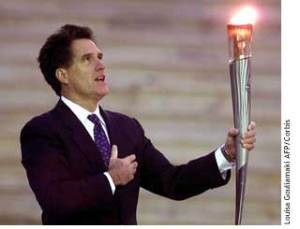 Haven’t been feeling up to par lately so I wasn’t up to watching the Repubes bullshit each other Tuesday night. ThinkProgress has the best parts ( or worse depending on your pov) from the Repubes second debate Tuesday night:

As Crooks and Liars noted, former governor Mitt Romney (R-MA) said tonight that instead of shutting the prison at Guantanamo Bay, “we ought to double Guantanamo,” in part so that detainees “don’t get access to lawyers they get when they’re on our soil.”

WTF? Seriously..wtf Romney? You never served in the military a day of your miserable, privileged life. None of your five, count em five sons have either. ThinkProgress has this lowlight on video as well..watch it here. You are fine with torture you bag of batshit? What would Jesus say about that Mitt?

And we thought Bush wanted Habeas Corpus and due process killed..Romney would wipe them from the face of the earth. Sick fuck. 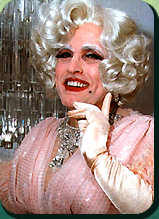 Now, we come to the farkwits known as Giuliani and Tancredo..what tools they are! Also from ThinkProgress, here (video also included) is the snippet from their lowlights regarding waterboarding and torture:

During tonight’s presidential debates, candidates were asked whether they would support the use of waterboarding — a technique, defined as torture by the Justice Department, that simulates drowning and makes the subject “believe his death is imminent while ideally not causing permanent physical damage.”

Both former mayor Rudy Giuliani and Rep. Tom Tancredo (R-CO) suggested they would support using the technique. Specifically asked about waterboarding, Giuliani said he would allow “every method [interrogators] could think of and I would support them in doing it.” Tancredo later added, “I’m looking for Jack Bauer,” referencing the television character who has used torture techniques such as suffocation and electrocution on prisoners.

The audience applauded loudly after both statements…

← What is it with these guys?
Here is a list of the Democrats with no balls. →