← The saga of McCain’s lobbyists..
Another glorious graphic from Steve at Bring it On! → 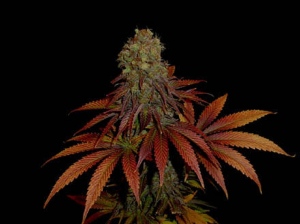 In the first decision of its kind, a federal judge has ruled that California’s medical marijuana advocates may go forward with a claim that the federal government has a pattern of drug law enforcement intended to subvert California law in violation of the U.S. Constitution.

U.S. District Judge Jeremy Fogel, in San Jose, Calif., said he will allow Santa Cruz County to go forward with its claim that federal authorities deliberately are seeking to frustrate the state’s ability to determine whether an individual’s use of marijuana is permitted medical use, or illegal recreational use.

Medical marijuana advocates contend the federal government has engaged in a calculated campaign to force states to repeal medical marijuana use laws, in violation of the 10th Amendment, which reserves states’ powers.

What? States rights? They trump the DEA bullshit? Seriously Judge Fogel? Are you daft man? The Supreme’s ruled that the Feds have the right to enforce their fuckwittery on all states.

Santa Cruz passed an ordinance that creates a government office responsible for providing medical marijuana directly to patients, in part to test the reach of the Raich decision.

The lawsuit, County of Santa Cruz v. Gonzales, C03-1802JF, by Santa Cruz County against the U.S. attorney general alleges the federal government has targeted enforcement to make it impossible for California to implement and enforce its law and force the state to recriminalize medical marijuana use.

We ain’t taking this shit lightly..no we are not gents. Our state voted on this you bastards…and the voters said medicinal use of cannabis is a-ok. Alcohol, which will kill you if taken to extremes, is fine with the feds…but cannabis…nope. Those bastards have held nature’s medicinal hostage for 50 years.

Check out the rest of the writeup here.

Posted on August 22, 2008, in medicinal cannabis, Santa Cruz, The DEA. Bookmark the permalink. Leave a comment.

← The saga of McCain’s lobbyists..
Another glorious graphic from Steve at Bring it On! →