Noble Prize for economics goes to a woman.

It is the first time a woman has been awarded the prize for economics. From Reuters:

STOCKHOLM (Reuters) – A U.S. academic who proved that communities can trump state control and corporations became the first woman to win the Nobel prize in economics on Monday, sharing it with an expert on conflict resolution.
Elinor Ostrom defied conventional wisdom with studies that showed that user-managed properties — such as community fish stocks or woodland areas — more often than not were better run than standard theories predicted.
“Since we have found that bureaucrats sometimes do not have the correct information while citizens and users of resources do, we hope it helps encourage a sense of capacity and power,” the Indiana University professor told a news conference via telephone.
The previously accepted view was that common property was poorly managed and should be either regulated centrally or privatized.
The Royal Swedish Academy of Sciences awarded her half the 10 million Swedish crown ($1.4 million) prize, with the other half going to Oliver Williamson, who was recognized for his analysis of conflict resolution by firms and markets. 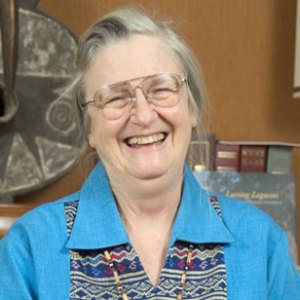 Of course I have no friggin clue what she does and what she found or figured out..but..Lets hear it for the broad!!!