A hug and a hat-tip to Betmo for this video: 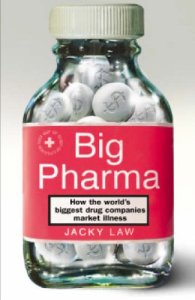 In the FIRST QUARTER of the year..that’s only three freaking months People! From Forbes:

The Pharmaceutical Research and Manufacturers of America, whose members include Pfizer, Amgen Inc. and Eli Lilly & Co., lobbied on how prices are set for seniors’ medications, rules governing drug imports and other issues.

Here are the issues that Big Pharma took ‘issue’ with and lobbied against:

_ A proposal that would have allowed the government – not private health insurers – to negotiate drug prices for seniors in Medicare. The measure, aimed at wringing lower prices from drug makers, has stalled in the House since President Bush threatened to veto it.

_ Legislation that would allow the U.S. to import cheaper prescription drugs from Canada and other foreign countries. Proponents said foreign competition would help drive down U.S. drug prices, but the pharmaceutical industry warned it could expose Americans to counterfeit medications.

_ Patent reform legislation that it argued could weaken legal protections on drug patents. High-tech companies supported the bill that passed the House last year aimed at improving the U.S. patent system, but the pharmaceutical lobby argued it could weaken protections by reducing infringement penalties. The bill has stalled in the Senate.

Greed..it’s just amazing how deep into the depths of hell humans will go to get over on people or groups of people ain’t it? They make a decent bottom line yet they always want more. You don’t screw with medications..they keep people alive mutha fuckas…but you know that and still do it anyway. If you extrapolate it out for the entire year..its a mind-numbing $14.4 Million.