Yes, he is an idiot but should he of been fired? 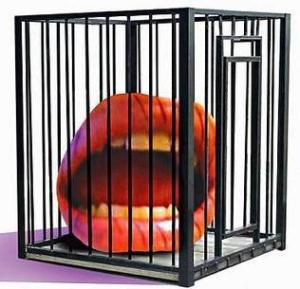 The asshole that burned a few pages of the Koran got shit-canned for his little act of stupidity, ignorance (add your own word here) and fuckery. The first amendment protects morons like him, Terry Jones and the idiots at Westboro Baptist…doesn’t it?

Of course Governor Christie had to weigh in (pun intended) on this issue and he agrees with the NJ Transit decision to fired this dumbass. From the rag known as the NY Daily News:

Fenton was not in uniform and apparently not on the clock when he staged his protest in front of news photographers and reporters covering demonstrations marking the anniversary of the World Trade Center attack.

“So long as his actions, however misguided, took place on his own time, and he was not acting in his capacity as a representative of NJTransit but as an American exercising his constitutional rights, then the agency is clearly in the wrong,” Sen. Raymond Lesniak (D-Union) said in a statement.

What say you, m’dear readers? It should be noted that speech wasn’t involved, burning was…so is that a technicality NJ Transit can use to dump this dipshit?