Attention California voters: NORA is on the ballot! 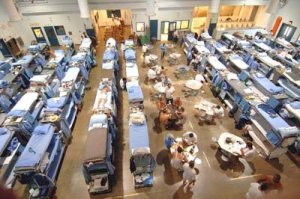 NORA stands for the Nonviolent Offender Rehabilitation Act. The SOS (secretary of state) of our fair state verified that NORA had officially qualified for the November state ballot last week.

From the press release at DPA:

The Drug Policy Alliance Network (DPA’s partner organization) and the 760,000 voters who signed petitions have been working to get the Nonviolent Offender Rehabilitation Act (NORA), the most ambitious sentencing and prison reform in U.S. history, on the California ballot in November.

When NORA goes before voters in November, Californians will have the opportunity to take reform into their own hands and implement common-sense solutions to prison overcrowding. NORA will protect public safety and save taxpayers billions of dollars, by safely shrinking the size of the nonviolent prison population by tens of thousands within just a few years.

NORA gives us the opportunity to stop letting addiction drive incarceration in California. NORA would give tens of thousands of nonviolent offenders access to treatment-instead-of-incarceration and rehabilitation programs—a change that would dramatically improve people’s lives, reduce the number of people locked up unnecessarily and decrease the likelihood of recidivism.

NORA would make treatment accessible to young people for the first time in the state. And the measure would make low-level marijuana possession an infraction—like a traffic ticket—rather than a misdemeanor, a sentencing change that could affect 40,000 people a year and conserve millions of dollars in court resources for other, more serious cases.

As the state’s budget deficit continues to rise, NORA gives voters the opportunity to stop letting the prison system soak up an ever-increasing portion of state spending. Instead, NORA presents the state with an option for more effective—and less costly—policies to protect public safety and make sure there are sufficient resources to go around. The nonpartisan legislative analyst projects that NORA will save at least $2.5 billion in prison construction savings because new facilities will not need to be built.

With our state prison system under Federal Receivership, we need NORA to pass this November. Talk to your friends about and get them onboard.