Colbert made many valid points, but my question is this: Did they, meaning the Congress Critters, take him seriously as he was ‘in character’ and had some really asinine remarks in between his facts, like agriculture is planted at ground level and this practice needs to change. Watch it below and you tell me.

You can watch the entire hearing here on CSPAN.

Update: Both video’s courtesy of TPMTv. Here is Colbert being questioned by Congress Critters. He doesn’t seem to have much, if any, information when asked specific questions. If it’s a joke, it’s on Congress for allowing him to testify.

He will be there on behalf of the UFW (United Farm Workers) according to HuffPo:

Comedy Central host Stephen Colbert will be testifying before Congress on Friday about immigration during a hearing called “Protecting America’s Harvest.”

Colbert will be appearing with United Farm Workers (UFW) President Arturo S. Rodriguez before the House Judiciary Committee’s Subcommittee on Immigration, Citizenship, Refugees, Border Security, and International Law. In August, the comedian spent a day working at a corn and vegetable farm in New York state after Rodriguez appeared on his show to discuss UFW’s “Take Our Jobs” campaign.

The effort was intended to debunk the theory that undocumented immigrants are taking jobs away from American citizens and highlight the fact the nation’s food supply is dependent on these farm workers. “Farm workers are ready to welcome citizens and legal residents who wish to replace them in the field,” said the UFW site. “We will use our knowledge and staff to help connect the unemployed with farm employers.”

Out of the 8600 visitors to the UFW site, TakeOurJobs.org, that have actually expressed interest in becoming farm workers, only seven have actually taken the backbreaking job of being a farmworker. The site has had over three million hits to date.

Colbert’s stint as a farmworker will air on his show, The Colbert Report, this evening, September 22nd. Must see tv I would say. According to The Daily Caller, Colbert will be appearing before Congress, in character.  Personally, I feel this issue is no laughing matter and what Colbert thinks he can accomplish whilst pulling his shtick is beyond me. But I will watch the Colbert Report tonight and I hope CSPAN will air the hearing Friday.

Why this is a fucking surprise I don’t know. We are going through a recession that shows few signs of abating for Joe and Jill Public. That also includes Joe and Jill Immigrant. We have a major water shortage in California, which means the farmers aren’t planting much because their water rations have been cut in half, just for starters. From the Jurist link:

The Office of Immigration Statistics of the US Department of Homeland Security (DHS) released a report [text, PDF] Wednesday estimating that the total number of illegal immigrants living in the US fell to 10.8 million during the year ending in January 2009. The DHS calculates the “unauthorized resident population” by subtracting the number of legal permanent residents, asylees, refugees, and non-immigrants from estimates of the total foreign-born population. The seven percent decline from 11.6 million in January 2008 is attributed by many to the economic decline during that period. According to DHS estimates, 10.8 million is the smallest population of unauthorized residents since 2005, when there were an estimated 10.5 million [report, PDF]. A Pew Hispanic Center report [text, PDF] released in July showed a similar decline in the Mexican immigrant population in the US. The report clarified that although the recession has hurt employment of Latino immigrants, the decline resulted from decreased immigration into the US rather than from immigrants leaving the US to go back to Mexico.
In December, Democratic lawmakers introduced an immigration reform bill in the US House of Representatives that would give undocumented immigrants an easier path to seek legal status in the country. The proposed legislation, which is titled the Comprehensive Immigration Reform for America’s Security and Prosperity Act of 2009 (CIR ASAP) [bill summary, PDF], follows the Obama administration’s announcement that it would seek immigration reform early in 2010. In November, DHS Secretary Janet Napolitano said that the proposed reform legislation would be a “three-legged stool” that combines effective and fair enforcement, an improved process for legal immigration, and a “firm but fair way” to deal with illegal immigrants who are already in the US. The proposed bill is also the first attempt at immigration reform since the failed Comprehensive Immigration Reform Bill in 2007. At that time, detractors called the bill too lenient on illegal immigrants and said that by granting legal status to illegal aliens, the US was granting “amnesty.”

I am so fucking sick and tired of everyone who blames the brown people for anything and everything. Having a bill that the idiots, Rethugs and racist’s call ‘too lenient’ sounds about right because anything those fuckers hate, must be a good thing. 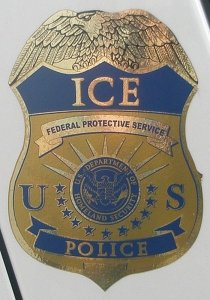 And I bet they are damn proud of that number too. From Jurist:

Nationwide, ICE deported 349,041 immigrants during the 2008 fiscal year ending September 30, as opposed to the 288,663 reported as removed in the 2007 fiscal year and 2004’s 174,000 deportations. The reports, released by local ICE offices throughout the country, also cited local deportations which have gone up as well. About a third of the deported immigrants had criminal records. The Pew Hispanic Center recently released a report showing a decreased number of undocumented immigrants in the US from 2005 to 2008. While not identifying a specific a reason for the decrease, that report noted increased enforcement of immigration laws. The Miami Herald has more. AP has additional coverage.

The increase in deportations comes despite ICE’s recent abandonment of its voluntary deportation program. ICE maintains a wide range of other initiatives to combat illegal immigration, including raids. The Transactional Records Access Clearinghouse (TRAC) at Syracuse University reported this summer that US immigration prosecutions hit record levels early this year. TRAC attributed the increase in prosecutions to Operation Streamline, a joint federal program under which federal prosecutors levy minor charges against illegal immigrants crossing the US-Mexico border. “Reentry of a deported alien” is by far the most common charge in immigration prosecutions.

Will this change under President Obama? Only time will tell….Remember, these are the smarmy bastards that forceably inject people with psychotropic drugs without their consent…so they can dump them without any problems.

Tancredo the tool; Fear mongering at its worst

H/T to Firedoglake, who got it from TPM Election Central. This disgusting ad will hopefully never be broadcast over our tv airwaves.

Wasn’t that something? Didn’t it just scare the shit out of you m’dear reader? Jesus Christ on a crutch, Tancredo the Tool is so out there with the fear factoring..its a wonder this guy isn’t locked in some psych hospital mumbling to himself..