Category Archives: lies and more lies from the right

Rightwing nutters are using bogus ‘facts’. No surprise there right? 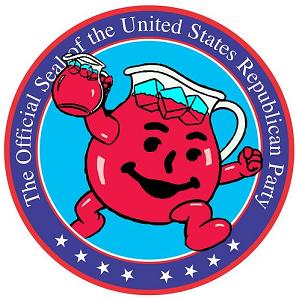 Over at TomCat’s blog, he has a post up about the rightwing nutters and their hate machines. Most progressives are aware of all the astroturf bullshittery that is passing for healthcare reform discussion lately.

Let me be clear.. my opinion is that the right has a lock on hate speech and violence. When a nutter in the comments section was asked to produce a link to prove her point that there are just as many violence-prone haters on the left, she coughed up a link to a rightwing blog of the catholic variety.

When you google news using the name of the individual, Kenneth Gladney, that she was trying to say was beaten up by a bunch of liberal haters who belong to the union SEIU,  no charges were ever filed against anyone in connection with the supposed beat down of the African-American conservative. There was even a video shot by rightwingers! Oh My!!!

Media Matters has been following this ‘incident’ since it supposedly happened. What’s really pathetic is that the rightwing nutters have taken this as one of their cause celebre and frankly it stinks to high heaven with lies and obfuscation on their part, including a YouTube video. From a Media Matters article on this incident:

The problem was when you watched the clip, viewers saw Gladney get pulled to the ground before he popped right back up less than two seconds later. Viewers saw Gladney walking around after the incident without an obvious scratch on his body, and in no apparent pain.

But within hours, and then days, the tale improved greatly. Soon Gladney showed up in a wheelchair at a right-wing rally thrown on his behalf. Why? because he was viciously beaten!!! Or something.

So yeah, the whole tale has been vastly improved over time in order to suit the right-wing mantra of how violent liberals are. And sure, if Barone wants to peddle that nonsense in his column, he’s free to do so. And Lord knows he’s peddled worse junk over the years.

But here’s where the correction comes in and I’m not sure how Barrone is going to avoid this one. He wrote that the black conservative victim in Missouri was 65-years-old. (Oh, the humanity!) In fact, Gladney, according to the St. Louis Post, is 38 years old. Barone was only off by 27 years. And yes, it’s a big deal becuase the supposed age of the (supposed) victim is supposed to send Barone’s readers into shock. (They’re beating up seniors!)

It really chaps my ass when the nutters employ the usual Rethug tactics to smear the left. I guess I shouldn’t be surprised.  They have learned from the best, their elected officials. Even during the darkest hours of Bush43’s presidency, No One from the Left was calling for his death or inciting violence on the scale we see the rightwing nutters doing since Obama was elected.

Bonus: If you haven’t read the FDL writeup on Kenny Gladney, check it out here. Quite hard on the man, but he has earned every bit of it with his charade as a victim of liberal hatred.

Posted in lies and more lies from the right, Righwing Nutjobs