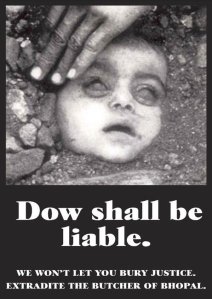 The firing of the USA Attorneys was the downfall of Alberto Gonzo Gonzales Now, the asshole that heads the EPA is looking the fool with the dismissal of Mary Gade, regional administrator of U.S. EPA Region 5 which is based in Chi-town. This woman has been fighting Dow Chemical for years m’dear reader..and she gets kicked to the curb by the Head of the EPA, that wonderful individual named EPA administrator Stephen Johnson. Johnson is a prick of mythic proportions:

Gade told the Tribune she resigned after two aides to national EPA administrator Stephen Johnson took away her powers as regional administrator and told her to quit or be fired by June 1.

You son of a bitch. Can you actually be so stupid as to think no one will notice this bullshittery? Are you that fucking retarded?

Gade has taken on Dow forevah! She has fought the good fight against one of the the major top five polluters and murderous thugs in the world. And this is how the Bush Administration rewards her. Ass-friggin-holes. Remember Bhopal people…