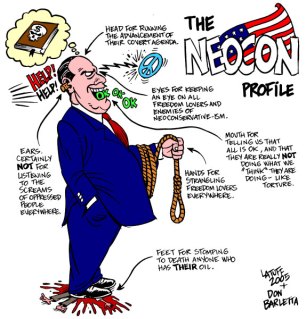 Everyone is entitled to their own opinion, but not their own facts…except in TX evidently. From the NYT:

After three days of turbulent meetings, the Texas Board of Education on Friday approved a social studies curriculum that will put a conservative stamp on history and economics textbooks, stressing the superiority of American capitalism, questioning the Founding Fathers’ commitment to a purely secular government and presenting Republican political philosophies in a more positive light.

In recent years, board members have been locked in an ideological battle between a bloc of conservatives who question Darwin’s theory of evolution and believe the Founding Fathers were guided by Christian principles, and a handful of Democrats and moderate Republicans who have fought to preserve the teaching of Darwinism and the separation of church and state.

Since January, Republicans on the board have passed more than 100 amendments to the 120-page curriculum standards affecting history, sociology and economics courses from elementary to high school. The standards were proposed by a panel of teachers.

“We are adding balance,” said Dr. Don McLeroy, the leader of the conservative faction on the board, after the vote. “History has already been skewed. Academia is skewed too far to the left.”

Have you noticed how the neocons stamp everything they hate as a liberal ideology?  Isn’t this fuckery getting old? Yet, Texas’ Hispanic population’s request to include more information on historical latino’s has been consistently voted down by the school board for years. Again from the NYT article:

Efforts by Hispanic board members to include more Latino figures as role models for the state’s large Hispanic population were consistently defeated, prompting one member, Mary Helen Berlanga, to storm out of a meeting late Thursday night, saying, “They can just pretend this is a white America and Hispanics don’t exist.”

“They are going overboard, they are not experts, they are not historians,” she said. “They are rewriting history, not only of Texas but of the United States and the world.”

Years of education for students in TX will now be skewed and frankly..completely fucked up and outright bullshit. Oh, and did you know that Phyllis Schlafly, the NRA and the Heritage Foundation are important historical figures and groups as well?

They also included a plank to ensure that students learn about “the conservative resurgence of the 1980s and 1990s, including Phyllis Schlafly, the Contract With America, the Heritage Foundation, the Moral Majority and the National Rifle Association.”

Neither did I…adding balance my brown ass.