Rep Weiner is right- Mosque is an issue elected officials need to get the hell away from.

Rep Anthony Weiner is one of the few elected officials that refuse to give an opinion or pov on the famed mosque in NYC near the twin towers. I totally agree that everyone else is makingit a political football and the separation of church and state makes it wrong for any elected official,or wanna-be elected official,to give us their two-friggin-cents on this non-issue.

I voted for change, not political correctness 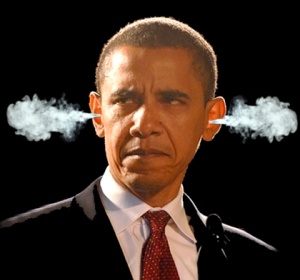 Obama just finished his speechifying for the carpetbaggers on Wall St. I found myself watching the speech and muttering to myself how full of bat guano he was.

He reminds me of all the other enablers in the House and Senate. They refuse to go for the jugular when it comes to important issues, they want all the Senators and House Rep’s to join in a kumbaya moment.

That ain’t gonna happen. The Blue Dogs have their own agenda and the Rethugs definitely have theirs. Neither of those two groups want to be seen agreeing with or supporting the Obama administration’s agenda.

How will anything get done without the support of the Blue Dogs? Short answer: Nothing will.

Yet The Big O and his administration are still pandering to both groups.

Where is Lyndon Johnson when you need him? Johnson was able to push through massive social programs and civil rights bills that virtually no one south of the Mason-Dixon line ever wanted to see enacted.

Now, before anyone gets their panties in a wad, I realize LBJ wasn’t an angel. He approved the wiretapping of MLK, and his Vietnam War build-up among other things, keep me from suggesting sainthood for him. His years in congress helped him craft all the alliances he needed to push through his Great Society.

Evidently Obama doesn’t have any such alliances.

So what does Obama have that will enable him to make all the changes he promised during the campaign?

That isn’t a rhetorical question..I really don’t know what Obama has or doesn’t have regarding political capital.

I just see him as another lame-ass politician that talks a good game but when it comes to actually doing anything major…he is lost in the wilderness of DC. He might be as pissed off as I am regarding the lack of balls our Congress critters seem to have. But he doesn’t seem to be doing anything about these ball-less fuckers.

And that frustrates the shit out of me.

Posted in Barack Obama, bullshit for the masses, Political capital